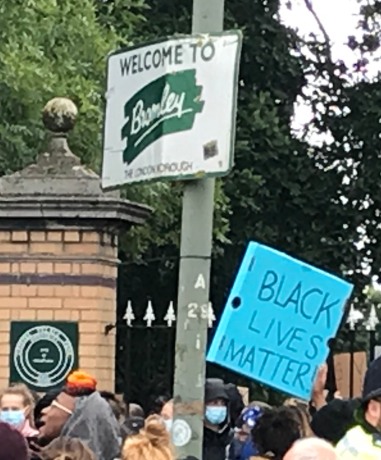 Like many people across the globe, we were horrified and angry at what I can only describe as the murder of George Floyd by American police on 25th May.

This was the latest in a long line of deaths of Black Americans due to police brutality and is a symptom of the wider, institutionalised racism the black community, communities of colour and other ethnic minority groups continue to face, not just in the US but in Britain and many countries worldwide.

Our MP Ellie Reeves made a statement last week, which we fully agree with and support, you can  read her comments in full here.

Bromley Labour Group Leader Angela Wilkins and Penge and Cator Cllr Simon Jeal attended Saturday’s Black Lives Matter protest around Crystal Palace park to show our support and solidarity. (Representing other local Labour councillors and the many, many residents we know would like to attend but feel unable to due to being at high risk due to COVID19.) We were pleased such a good response from our community, with many attending the peaceful protest to show their anger, commitment to opposing racism and calling for justice for the black community harmed by a history and present of white supremacy, oppression and systemic racism.

We thank those who attended for, as we did, maintaining social distancing as far as possible and for wearing face coverings where this was not possible. 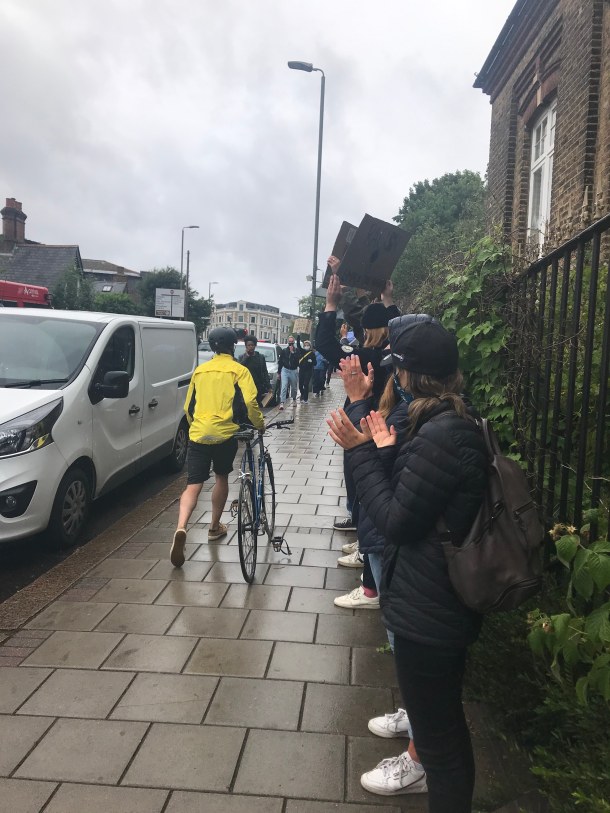 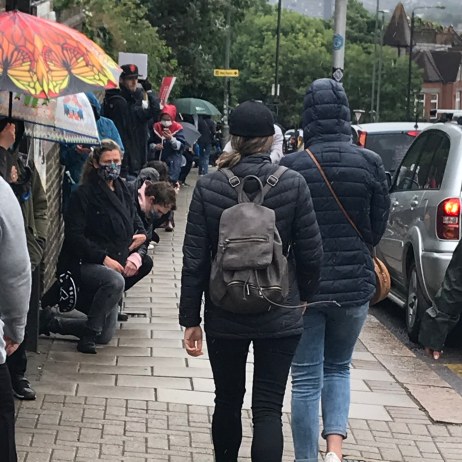 There is understandably concern that people may, without knowing, spread the virus while attending large scale protests. The BAME community are at particular risk given Public Health England research showing Black, Asian and people from other minority groups are at much higher risk of catching and dying from the virus.

We know so many have and are still struggling to deal with the effects of the lock-down and the huge difficulties it has caused for so many, separating us from our families, causing so many to lose jobs and radically restricting the way we live. Exactly as the killings of Black men and women has torn apart families, structural racism harms and deprives black families every day, and white privilege and supremacy harms the health, employment and futures of black children and adults of all ages.

We consider the voices of those suffering from oppression and injustice must be heard, and that standing as vocal anti-racists is so important and urgent to counter and force change that we understand and support those who decide to take this risk, while asking (as we have seen so many do across London and the country) those who attend protests to reduce the risk to themselves and others as much as possible by maintaining social distancing and wear face coverings/ non-medical masks.

It is particularly positive to see so many parents encouraging children to show support for the protests and so many young people, both Black and non-Black, actively standing up and calling for change- just as we have seen with the climate strikes. We will continue to support and empower these young people and others in our community who wish to address and end the shameful legacy of British colonialism and the powerful injustice our history of white privilege continues to embed in society.

As your councillors we will be actively reaching out to campaigners and continue engaging with Black and BAME residents to engage and listen, as well as doing what we can to help them harness the power of these protests into lasting political and policy change, both within Bromley and more widely.

In particular, given the greater risk we know residents are being exposed to, we continue to call for Bromley Council to conduct equality impact assessments and do more to take into account the impact of the higher risk and inequality Black and other BAME residents face in their response to COVID19 and do more to address the vast inequality in our local communities.

View all posts by sjlabour